3 of America’s Most Wanted 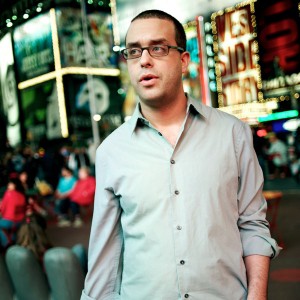 EDDIE IFFT: Known for his quick wit and caustic-style of comedy, Eddie Ifft has a habit of speaking first and then thinking, which gets him in trouble – a lot. Having been fired from most jobs, including a short stint at his father’s insurance firm (where he was either fired or asked to pursue a new career – depending on whom you ask) Eddie took to the stage in Pittsburgh, Pennsylvania at an open-mic night and realised he was being paid to mouth off…and so began his stand-up career. He has also made numerous TV appearances on shows such as Comedy Central’s Premium Blend, BET’s Comic View, NBC’s Late Friday Night, VH1′s Never Mind the Buzzcocks, Comic’s Unleashed and Chelsea Lately, and released his own 30-minute special for Comedy Central.

CARMEN LYNCH: Carmen Lynch made her late-night television debut on The Late Show with David Letterman in 2012 and created such a buzz that even The Huffington Post wrote about it. Before comedy, Carmen started off as pre-med at The College of William & Mary, but then realized she didn’t want to cut people. Now, as a comedian, she’s been seen in the semi-finals of two seasons of Last Comic Standing, has appeared on Comedy Central’s “Premium Blend”, Vh1′s “Winningest Winners” and performed several times for the troops in Iraq and Kuwait. She’s also toured in Spain and Costa Rica telling jokes in Spanish.

Carmen Lynch on The Late Show with David Letterman